.
log in Sign Up
My Orders My Wishlist My Subscribed Orders My Health Indicator My Prescriptions My Saved Addresses My Saved Articles

Climate change is melting ice, intensifying storms and bleaching coral reefs, and now, a new study suggests that it could also take a toll on babies' hearts.

The study, published yesterday (Jan. 30) in the Journal of the American Heart Association, suggests that, starting in 2025, extreme heat brought on by climate change could increase the number of babies born with heart defects in the United States. The greatest increase would be seen in the Midwest, followed by the Northeast and the South, researchers reported.

Congenital heart defects, or heart abnormalities that infants are born with, affect around 40,000 newborns every year in the U.S., according to a statement from the American Heart Association. [7 Ways Pregnant Women Affect Babies]

It's unclear why a pregnant woman's heat exposure can lead to a congenital heart defect in a baby, but animal studies suggest that heat could cause cell death in fetuses and interact with heat-sensitive proteins that are important in development, according to the statement.

An earlier study from the same group of researchers found that women's exposure to high temperatures during pregnancy was linked to an increased risk of congenital heart defects in babies. The study included women who gave birth between 1997 and 2007.

In this new study, the researchers combine that data with climate change temperature projections.

The team built upon climate change forecasts gathered by NASA and the Goddard Institute for Space Studies. They simulated changes in daily maximum temperatures for various geographic regions in the U.S. and calculated how much heat and extreme heat events pregnant women would be exposed to in the spring and summer.

Between 2025 and 2035, they found that climate-change-driven heat events might spur an additional 7,000 cases of congenital heart defects, according to the statement. They found that most of these cases would be in the Midwest, followed by the Northeast and the South.

"Although this study is preliminary, it would be prudent for women in the early weeks of pregnancy to avoid heat extremes similar to the advice given to persons with cardiovascular and pulmonary disease during heart spells," senior author Dr. Shao Lin, an associate director of environmental health services with the University at Albany, State University of New York, said in the statement.

It's especially important for those planning to become pregnant or those who are three to eight weeks pregnant to avoid extreme heat, she said.

Live Science previously reported that pregnant women who are exposed to heat during early pregnancy can develop hyperthermia, or extremely high body temperature, which increases the risk of having babies with defects of the brain or spinal cord. 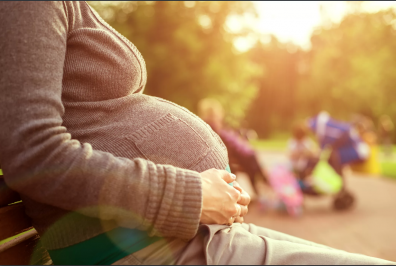